SUB Football is a unique version of 7-a-side soccer in a fun and friendly format.

The game is designed to encourage people of all levels to play.

For the complete list of rules and regulations see below.

SUB Football - How to play

Games are refereed by SUB Football qualified referees. The referee's decision is final.

1.1 Teams are 7-a-side and unlimited rolling subs are allowed. more...

1.3. Men's leagues are technically open leagues, with no gender restrictions on players.

1.4. In Mixed competitions, there must be no more than three male players on the outfield at all times. more...

1.5. Uniform shirts are compulsory in spring and summer leagues. more...

1.6. Goalkeepers must be identified with a different coloured shirt or bib.

1.7. Shin-pads are recommended but not compulsory. more...

1.8. Moulded sole boots or blades are the only type of football boots permitted. more... 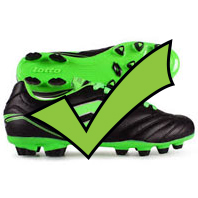 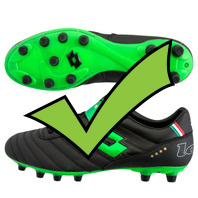 1.9. Any jewellery deemed dangerous by the referee must be removed. more...

2.1. Games start at 6pm, 6:40pm and 7:20pm sharp in all leagues; additional game times may be added in autumn and winter leagues as required.

2.2. Teams require a minimum of 5 players to start. For mixed competitions, the maximum 3 males in the outfield rule still applies. more...

2.3. The match ball will be provided by SUB Football.

2.6. An outfield player may not play at the ball with their hand or any part of their arm.more...

2.9. Corner kicks or throw-ins may be taken anywhere between the junction of the corner of the pitch and the edge of the penalty area. more... 2.10. Free kicks are taken from where an offence is committed. more...

2.11. Opposition players must stand 5m from the ball during a free-kick, at kick-off or when the ball is thrown or kicked in from the sideline.

3.3. The goalkeeper must throw the ball into play after handling the ball. more...

3.4. Goal kicks are taken as a place kick, taken from anywhere in the goalkeepers area. more...

3.5. The goalkeeper cannot handle a ball deliberately passed back from a team member unless it is off the players head. more...

3.6. Any offence committed inside the penalty area or goalkeepers box area by a defending team that prevents a direct goal scoring opportunity results in a penalty goal (3 points) being awarded to the opposing team. more...

4.1. The referee’s decision is final.

4.2. Aggressive or violent conduct, foul play, referee abuse, spitting at others, and offensive speech will not be tolerated.

4.3. A free kick or penalty may be awarded to the opposing team if a player commits any of the following offences:

4.5. Sin-binned players (yellow card) must remain off the field for 5 minutes. more...

4.7. Sent-off players (red card) must leave the vicinity of the field of play and may not return to the game. more...